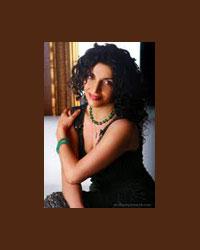 Maryam Karim, 53 years old, came to the states at 17 She became a chiropractor at 23. She has worked as a chiropractor and nutritionist for 3 decades as well as an activist for anti circumcision and vaccinations. She organized protests against the Iraq war for 5 years in Marin County Ca. and had her own health program on the Persian T.V. for 5 years. Maryam also wrote a health column on a major Persian newspaper for 8 years. She is working on completing 4 books on health, evolutionary revolution, why to skip high school and the role of women in waking our world up.


She is a mother of a 16 year old daughter who is in junior college.


She is currently working in private practice as a chiropractor in Marin County and contributes time at the community wellness center in Fairfax, Ca. Maryam is also is working on a series of a one woman show on stage and for youtube: "A Persian Woman Speaks" which will come out at the end of 2013.