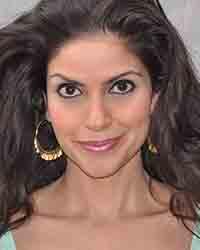 Melody Moezzi is an Iranian-&8208;American Muslim activist, attorney, and award-&8208;winning author. Moezzi's writing has appeared in The New York Times, The Washington Post, The Christian Science Monitor and The Guardian, among others. She has appeared on CNN, NPR, BBC, PRI and other media outlets.

She is a UN Global Expert, blogs for The Huffington Post and Ms. Magazine, and writes as a featured columnist and blogger for bp Magazine.

She lives in Raleigh, North Carolina with her husband, Matthew, and their cats, Keshmesh and Nazanin.