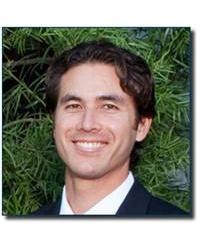 Michael Chiacos leads CECs transportation program, where he focuses on encouraging alternative transportation and a transition to more fuel efficient and alternative fueled vehicles. He is the principal author of CECs Transportation Energy Plan pdf link, a comprehensive look at the various technologies, strategies, policies, modes and other options for reducing fossil fuel use in the transportation sector. He also manages grants from the California Air Resources Board and the EPA to bring more alternative fueling stations and plug-in hybrids to our region.

Michael is a member of the Measure A Citizens Oversight Committee, which oversees 1.5 billion in transportation spending, as well as the Santa Barbara County Air Pollution Control District's Community Advisory Council. He also serves as the Transportation Chair of the Los Padres chapter of the Sierra Club, is on the board of directors of the Santa Barbara Bicycle Coalition, and makes his own biodiesel from local restaurants' waste vegetable oil with the Santa Barbara Biodiesel Co-op.

Michael previously worked at the Climate Trust, a major funder of energy reduction and carbon offset projects. A native of Santa Barbara, Michael received his B.A. with Honors in Environmental Studies from Lewis and Clark College in Portland, Oregon.