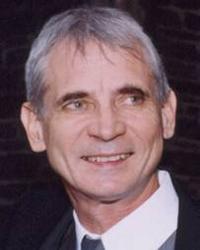 Michael Clarkson is a non-fiction author and professional speaker who has spent 37 years as a print journalist, winning numerous awards for his investigative pieces, including the Canadian National Newspaper Award twice. He was a finalist for the U.S. Health Care Award in 1995 for his investigation of prescription drug abuse in Alberta, Canada.

As a police reporter, he was twice nominated for the Michener Award for public service in Canada and in 1980, he was nominated for a Pulitzer Prize for his story about reclusive author J. D. Salinger, who he met twice in New Hampshire. Clarkson has also been a sports reporter interviewing famous athletes such as basketball legend Michael Jordan and golfer Tiger Woods.

Three of his books are on fear Competitive Fire, Intelligent Fear and Quick Fixes for Everyday Fears, which have been published in the United States, Canada and in Europe. His latest 2010 is The Secret Life of Glenn Gould, about a famous classical pianist.

He has been interested in poltergeist cases for many years, and has interviewed many witnesses, parapsychologists and skeptics for this book. He has also studied the bodys fight-or-flight system for years and believes it may contribute to the poltergeist phenomenon.

Clarkson was born in Preston, England, but has lived in Canada most of his life, including Calgary, Niagara Falls and Toronto.

He currently lives with his wife, Jennifer, in Fort Erie, Ontario, near Buffalo, N.Y. and has two sons, Paul and Kevin.