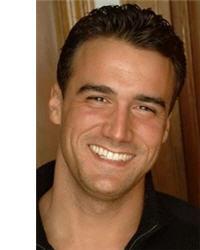 Michael Gonzalez-Wallace has been involved with athletic sports for over 20 years. Michaels athletic career spans many years practicing semi-pro basketball in Spain, where his team, Estudiantes won the Spanish National Competition similar to NCAA in USA and he was named the MVP of the Final, May 1993. In 1995 the Spanish basketball federation certified Michael as a strength trainer and basketball coach providing him the opportunity to develop his teaching skills.

Being involved with basketball for more than 15 years, Michael learned the important concepts of teamwork, leadership, muscle coordination and physical strength training. According to him, In basketball you learn how your body in preseason is completely different from your body in playoffs. Thats one of the reasons why you need to be gradually changing the strength training program

A graduate of the Universidad Autonoma a top economics school in Madrid, Spain he added the art of doing research to his skill set. Upon graduation, he joined one of the top European Investment banks as strategist in their institutional sales division. According to Michael, My job there was to connect different departments to work more efficiently.

Although moving to NYC in 2002 to pursue a banking career, Gonzalez-Wallace, become a personal trainer for New York sports Club and received a certification from the National Academy of sports Medicine. He was drawn to sports medicine as if fate had a different calling for him. Then his life went to a profound transformation moving from banking to the health sector. He says, The reward of helping people to achieve their goals was the best thing it has ever happened to me.