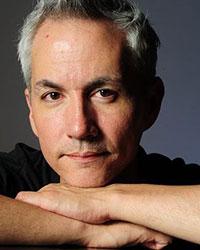 Michael Gott travels throughout North America and Europe, singing and speaking at conferences and spiritual centers. In recent years, he has shared the stage with internationally known personalities such as Dr. Wayne Dyer, Dr. Deepak Chopra, and Marianne Williamson.

In 2014 Michael was named senior assistant minister at Unity Houston. He originally joined the staff there in 2010 as assistant minister and choir director. With his background in disparate musical disciplines such as gospel, pop, opera, musical theater, classical piano and jazz, he has developed a unique performance style that is exciting, engaging and heartfelt.

Accomplishments include: the release of ten albums, performances of his musical, Split Ends co-written and performed by Dea Vise in Dallas and Los Angeles, and the performance of his chamber opera Five O'clock Call in Tulsa. In 2000 he co-wrote the musical titled All STRESSED Up With Nowhere To Go with librettists Joan Jenkins and Greta Muller. The show first premiered in the 2001 Dallas Festival of Independent theaters. In April of 2002, it opened to rave reviews and sellout crowds at the Kim Dawson Theater in Dallas.