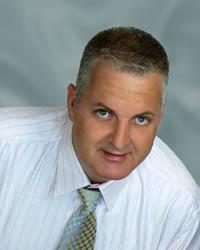 
In 2003, after delivering over 700 hours of 'Teleclasses,' and hundreds of one on one Law of Attraction coaching sessions, Michael combined his Law of Attraction teaching experience with his knowledge of NLP Neuro Linguistic Programming. The end result was a self-published book, Law of Attraction: The Science of Attracting More of What You Want and Less of What You Don't. Michael's book is now published in 28 languages around the world. His Second book: Law of Connection is in 21 countries.