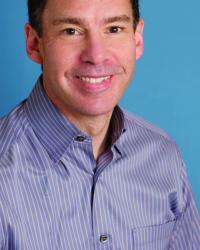 Michael C. Mankins is a partner in Bain & Company’s San Francisco office and a leader in the firm’s Organization practice. He is also a senior member of Bain’s Strategy and Industrial Goods & Services practices. Much of his work has focused on the strategic and organizational initiatives that drive performance and long-term value. With more than 25 years of consulting experience, Michael has advised business leaders in a wide range of industries, including automotive, aerospace, chemicals, diversified manufacturing, energy, media, technology and financial services.

Michael's writings and ideas have appeared in Harvard Business Review, Wall Street Journal, Financial Times and other publications. He is a co-author of Decide & Deliver: Five Steps to Breakthrough Performance in Your Organization (HBRP, 2010) and The Value Imperative: Managing for Superior Shareholder Returns (Free Press, 1994). In 2006, Consulting Magazine named Michael one of the year’s “top 25 most influential consultants.”