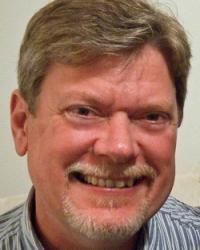 Michael O'Mary is founder of the Note Project,
a global viral movement, the aim of which is to make the world a million times better by inspiring 1 million people in 2011 to write a note of appreciation to someone who has made a difference in their lives. Mike's inspiration for this project came from his own life experience.When he was a teen, his siblings were placed in an orphanage. Mike visited them whenever he could, and many years later he received a note from his youngest sister thanking him for something he did on one of his cherished visits. That single note healed years of self-doubt for Mike, and he found himself rereading it many times over.
Then one day Mike realized he should share the note from his sister with other people. He told the story in a newspaper article and later in a book called The Note. With 'The Note Project' he now encourages others to share their appreciation so they can see the profound effect it can create. Mikes personal vision is to see his sisters note start a ripple effect of appreciation throughout the world. His message is straightforward: a simple note of appreciation can change the recipients life; but equally important, sharing appreciation can change your life, too.

Mike also conducts free Note Project workshops where participants learn about the importance of sharing appreciation and how to write a heartfelt note. Mike has more than 20 years of experience helping Fortune 500 companies with executive
communications. Even CEOs sometimes have difficulty putting words on paper, says Mike. If I can help
them find the words, I can help you, too.
Mikes is also author of Wise Men and Other Stories, a collection of holiday-related essays, and he is series
editor of "Saying Goodbye," an anthology of true stories about saying goodbye to the people and places in our
lives. Mike is also owner and publisher of Dream of Things, a book publisher and online retailer. Mike's essays have been published in the Sunday magazines of the Chicago Tribune, Denver Post, Baltimore Sun,Cleveland Plain Dealer and Detroit Free Press. He has also written and produced sketch comedy in Chicago, and he was a commentator on WNIJ Northern Illinois Public Radio, doing weekly commentaries on National Public Radios Morning Edition program.