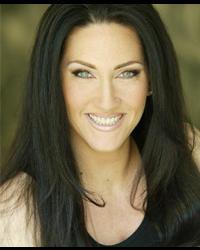 This raven-haired "always keepin it real" chick can be heard daily, dishing out the fierce humor and fast wisecracks that she has become known for. But radio is not the only place you have heard Michelle Visage, or SEEN her for that matter.


Michelle was on VH1 for 2 years hosting live coverage of such glamorous events as: The Grammy Awards, the Los Angeles premiere of Paramount's Grease anniversary re-release, Universal's Blues Brothers 2000, and The Viewer's Choice Awards to name a few. She is currently a judge on "Ru Paul's Drag Race" on the LOGO Network which debuts its 3rd season in January.


This glamorous firecracker finished arts high school in South Plainfield, New Jersey at 17 and headed for the Big Apple to follow her dream of becoming an actress. To pay the bills, Michelle auditioned for her first gig, fresh out of college The American Musical and Dramatic Academy, and landed it. It was a coveted spot in the all girl group Seduction, signed to A&M records in 1990. A year later, Michelle had a platinum-selling album with Seduction called "Nothing Matters Without Love." The album spawned 4 top 10 hits, with their gold single "Two To Make It Right" going all the way to number 2 Michelle became drinking age while on an 8 month national tour with Milli Vanilli when they were selling out 60,000 seat venues. Not bad for a beginner


After Seduction ended, Michelle went back into the studio and wrote and sang the remake of Bill Withers' "It's Gonna Be A Lovely Day," and the song was immediately signed to Arista Records by Clive Davis himself The song was featured on Whitney Houstons smash "The Bodyguard" soundtrack, which ultimately sold 35 million copies


Even divas need day jobs, and the combo of her music and pop culture savvy, comedic timing and sass made her a natural for morning radio and for the past 15 years, that is where she has been all over the country She started her morning radio career on New York City's WKTU 103.5 co-hosting morning drive with legendary drag superstar RuPaul. She did mornings on KTU from 1996 until the end of 2001 when she left for Los Angeles and helmed morning drive there at KHHT HOT 92.3 with co-host comedian Sinbad for 6 months until they decided to make a change and give the morning show to Michelle alone Michelle remained on the air in LA for 3 years until NYC came calling again to kick off NY's one and only classic dance radio station, MIX 102.7 WNEW where she stayed for 2 years hosting morning drive. She spent the last 4 years in West Palm Beach Florida on SUNNY 104.3 where she co-hosted morning drive. She was on the air on SIRIUS satellite radio from 2003-2006 daily on 66 THE BEAT and Michelle was also the imaging voice on that channel as well. Additionally, as if that is not enough Michelle does a weekly entertainment report for 2FM Ireland Radio.