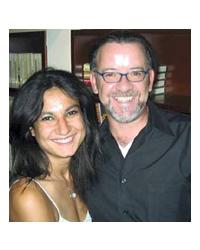 It was July of 1986, when Mick Quinn, a native son of Athlone, Ireland, moved to the United States in his early 20s and began what has been a compelling, legendary journey ever since. At Columbia University in New York City, he studied computer systems management and quickly experienced business success as a Wall Street CEO. Many would consider The American Dream fully achieved by Quinn, yet this proved to be just the beginning of his quest to discover the keys to living life peacefully and powerfully.

In spite of retiring in his mid 30s following the success of three multi-million dollar companies that he founded, Quinn soon realized that the life path he was on would never fulfill him. Hed always thought of himself as a person on a conscious/spiritual path, the risk-taking entrepreneur, the good and caring friend and the peacemaking sonyet up until then hed never really addressed his dark side. Underneath all of his worldly success was the control-freak, the obsessive-compulsive, the frantic worrier and so on.

Flash forward to 2003, Quinn moved to a remote part of northern Portugal to deepen his studies and begin writing the book that became The Uncommon Path. He wrote for four years and in the process met a Spaniard named Debora Prieto, who is now Quinns wife and partner in life and teaching. His first book called Poder Y Gracia, also written while in Europe, was published in 2007 in Spanish. Both of these books were written specifically to share the wisdom Quinn gained throughout his life and by his example help others see how to elevate their own lives and the lives of people around them.