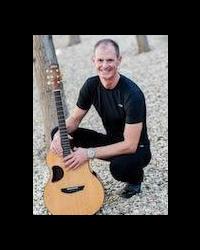 Mike Rayburn is a dude who plays guitar, became a comedian by playing for drunk people, and became a speaker because he's a self-proclaimed nerd… He always studied why you can have two people of equal talent and opportunity, one rises to the top, the other never gets it together. There are specific habits and practices that make the difference. Mike know's what they are.

Mike has
- Headlined Carnegie Hall, played there 8 times.
- Headlined on the strip in Vegas
- Delivered 3 TED Talks
- Become a Virtuoso
- Creator of The Virtuoso Community for people who want free tools for making their lives extraordinary... Live Truly... Truly Live.