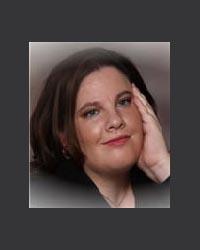 Miriam Slozberg was born and raised in Toronto, Canada. She is married and the mother of two kids. After enduring a troublesome childhood, Miriam formed an interest in occult sciences such as tarot, astrology, numerology as well as other esoteric studies. Miriam has always been extremely intuitive, and decided to put it to good use within the last decade. She got her certification in astrology in 2006, launched her astrology business in 2008 which provides services which help others understand their life's purpose, as well as their past life karma.