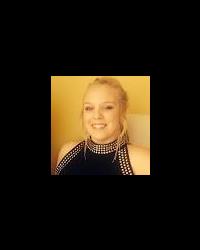 ·      Missi Wooldridge graduated from the StateUniversity of New York at Potsdam with a B.S. in Community Health in 2008. Sheearned her Master’s in Public Health with a focus in Social Behavior andCommunity Health from the State University of New York at Albany in 2011. Herbackground is in health behavior theory, program development and evaluation,drug studies, and addiction as a public health concern. She has beenvolunteering with DanceSafe since 2009 and founded the Denver chapter ofDanceSafe. She was voted onto the Board of Directors in 2011 and served asboard president from 2012- 2013. Missi was hired as Executive Director in thefall of 2013. Concurrently, she and DanceSafe were awarded The Dr. Andrew Weil Award for Achievement in the Field of Drug Educationat The 2013 International Drug Policy Reform Conference. She has recently beenfeatured in The New York Times, TheBoston Globe, Billboard, Rolling Stone, VICE, Al Jazeera, Huffington Post, andThe Katie Couric Show- among others. In 2014, Missi was appointed by MayorMichael B. Hancock as the newest commissioner on Denver Drug StrategyCommission. Missi has been a member of the electronic music community for yearsand brings her personal experiences and educational background to DanceSafe.She envisions a community where harm reduction services and drug checking canopenly be provided free of stigma and prosecution because it is morally andmedically negligent to not provide a person with resources and services thatcould potentially save their life.