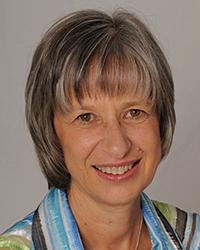 MJ Ryan is one of the creators of the New York Times bestselling Random Acts of Kindness series and the author of The Happiness Makeover nominated for the 2005 Books for Better Living award in the Motivational category, Attitudes of Gratitude, The Power of Patience, Trusting Yourself, The Giving Heart, and 365 Health and Happiness Boosters, among other titles. Altogether, there are 1.75 million copies of her titles in print.

The former CEO and Editorial Director of Conari Press, in 2000, she joined Professional Thinking Partners PTP, an asset-focused consultancy whose expertise is in maximizing thinking and learning individually and in groups. Dubbed "an expert in human fulfillment," she specializes in coaching high performance executives, entrepreneurs, and leadership teams around the world. A member of the International Coaching Federation, she is a contributing editor to Health and Good Housekeeping and has appeared on "The Today Show," CNN, and hundreds of radio programs. Articles on her work have appeared in over 1000 newspaper and magazines, including The New York Times, USA Today, Wall St. Journal, Health, Family Circle, Ladies Home Journal, Town and Country, Cosmopolitan and Yoga Journal.

MJ gives speeches and workshops throughout the country, including at the Marble Collegiate Church in New York, Thanksgiving Square in Dallas, the Crossroads Center in Chicago, the Kripalu Center for Yoga and Health in Massachusetts, Esalen Institute at Big Sur, Robert Redford's Sundance resort in Utah, the Alliance for the New Humanity founded by Nobel Peace Prize winner Oscar Arias, and a Woman's Way retreat center in Sedona. She lives in the San Francisco Bay Area with her husband and daughter.