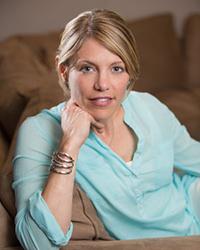 Molly Knight Raskin began her career at The Baltimore Sun first as Associate Editor for the paper's Book Review, then as a metro news reporter covering topics including crime, courts, education, arts, politics and health/medicine. In her three years at the newspaper, Molly wrote more than 350 stories including front-page features and breaking news.

In 2004, Molly joined "The NewsHour with Jim Lehrer" as a political reporter, where she covered immigration, the White House and the 2006 Election for the nightly national news broadcast. In this role, Molly produced on-air segments and taped stories that tackled complex issues and featured some of the country's most influential politicians, activists and academics.

Molly's television credits also include two hour-long documentaries for PBS: "Where We Stand: America's Schools in the 21st Century" an in-depth look at public schools across the country and global competition and "A Cry for Help: Teenage Mental Illness and Suicide" an examination of the issues surrounding teen depression.

Molly writes frequently about health and medicine, with a special interest in mental illness and global health. Her work has appeared in numerous publications, including Scientific American Mind, Psychology Today, The Washington Post and Capitol File. For her coverage of health and medicine, Molly has been honored with a 2007 Rosalynn Carter Fellowship for Mental Health Journalism and the 2010 American Psychoanalytic Association's Award for Excellence in Journalism.

Molly earned her MS from Columbia University's Graduate School of Journalism and her BA from the University of Virginia. She's a world traveler/photography enthusiast who seeks out offbeat, far-flung destinations, including Morocco, Ecuador, Ukraine, Turkey, Kenya, Guatemala, Russia, Israel and Liberia. But as a proud half Canadian, her favorite destination is her familys cabin in the lake country of Quebec.

Molly lives outside New York City with her husband and two young daughters.