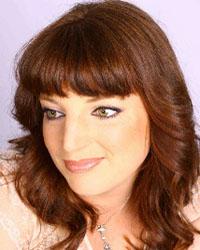 Muriel has a strong identity of global citizenship, generated by having been born in the Netherlands and later bought up in New Zealand. Living in a spiritual community where she was introduced to frequent meditation practices during her early twenties further strengthened this, and in turn evoked songs that expressed her connection to the Divine. Her trademark song 'Sacred' was borne out of this alchemy. The song became a turning point that defined and refined her intention and capacity, to bring forth inspired music to an international audience base, and she moved to England in response to this.

"I love what I do" shares Muriel, "and over time I've learnt that what I'm up to is not about me. It's about giving a voice to that immense force within, which I feel so many of us are intuitively aware of, but not necessarily working with in our everyday lives. It's who we really are."

Since her move to the UK, she has been recognised as an emerging talent, and has completed a second tour of the U.K. and Germany with Neale Donald Walsch. She also sang at the premier of the film 'The Cosmic Ordering Service' based upon the book by Bestselling author Barbel Mohr, who described Muriel's music as simply - uplifting and magical".


This gifted singer and musicians music flows from the purest intention. As Muriel says, her songs are born of a prayer and her audiences are nourished by her music, which they invariably respond to with great depth of emotion, joy and celebration.