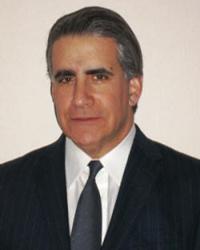 Neal Lemleins extraordinary career spans over 100 film
marketing campaigns, including Star Wars, Aliens, Hunt for Red October and The Blues Brothers. Since 1989 Neal has been a member of the Academy of Motion Picture Arts and Sciences. Additionally, Neal served as an executive at some of the most powerful media outlets in the world including FOX, CBS and Universal Studios. While earning a Masters Degree in International Relations from NYU, Neal was accepted to the prestigious Strategic Planning Program at Young & Rubicam, a leader among Madison Avenue advertising agencies. This led to a new passion for marketing, advertising, strategic planning, and account management. In Los Angeles Neal was recruited to work with CBS to
develop new client revenue for the network. His media and marketing work in entertainment circles created a buzz in the media industry, and he was hired by Twentieth Century Fox as Vice President of Marketing and Media Services.

Today, Lemlein is the president of Around the Bend Media, a film financing, marketing and production firm with a unique business model for todays contemporary entertainment landscape.