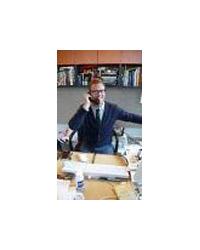 Ned Martel has been with Men's Vogue since it launched in 2005. As editor-at-large he regularly reports on topics including entertainment and politics. Most recently, Mr. Martel spent the last six months touching down on Barack Obama's campaign trail, for which the current October cover story is devoted. Prior to this position, Mr. Martel held the title of Deputy Editor where he was responsible for strategy and content while overseeing the features staff of the magazine.

Before joining Men's Vogue in April 2005, Mr. Martel was the U.S. television critic for the Financial Times and a regular contributor to the New York Times. In addition, he has profiled figures in politics Senator John McCain, Vice President Al Gore and Senator John Edwards, the network news Brian Williams, Chris Matthews, Campbell Brown, and the entertainment industry Cameron Diaz, Patrick Dempsey, Faye Dunaway and Bob Newhart. Mr. Martel was the campaign editor for George magazine during his four years at the politics-meets-pop-culture monthly, and has been a regular contributor to Outside magazine.

He holds a degree from the University of North Carolina at Chapel Hill and was awarded the Ted Scripps Fellowship for Environmental Journalism, a two-year graduate studies program at the University of Michigan at Ann Arbor.