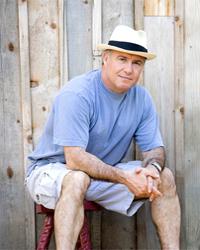 Neil Crone is an actor and writer who has performed in dozens of television and radio commercials, TV shows and is the voice of numerous cartoon characters every Saturday morning, including 'Ella', 'Erky-Perky', 'Pearlie' and 'The Adventures of Bob and Doug McKenzie'. His most recent television and feature film roles include a guest starring appearance in CTV's 'Saving Hope', 'King', NBC's 'Warehouse 13', 'Connor Undercover', and the recently released feature comedy 'Eating Buccaneers'. He has just finished filming his sixth season playing the role of Radio Redneck Fred Tupper in CBC's hilarious hit sit-com 'Little Mosque on the Prairie' and his second season of Family Channel's delightful 'Really Me'. A Second City Mainstage alumnus, Neil has been performing improvised and sketch comedy for over twenty years and has just been awarded the 2008 Canadian Comedy Award for Best Radio Comedy for his work as 'Bad Santa' on Q107's Derringer in the Morning. When not on the stage, in front of a camera or behind a microphone, Neil is busy writing; as an award-winning weekly humour columnist and blogger for Metroland papers. His new book 'Who Farted? - Stories in Verse for big and little kids' is currently available at major bookstores.
Neil is a cancer survivor and is the National Spokesperson for both the Colo-rectal Cancer Association of Canada and Colon Cancer Canada. He is available as a motivational speaker, focusing on the power of laughter in healing.