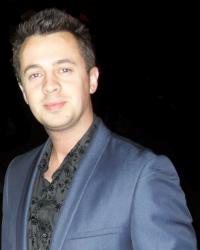 Neil Ward, widely regarded as the UKs best dating coach, became an unusually versatile dating coach after exploding onto the UK and later world scene back in 2009; he boasts a 100% client success rate with outstanding life changing testimonials from around the world. After finding out at the age of 18 that his childhood girlfriend was with another man on Valentines Day and that they had decided to pursue a relationship, Neil moped around for a whole year feeling worthless and sorry for himself. It was only 1 year later that the transformation to dating expert started when he finally broke out of his feeling sorry for himself stage and decided to take serious action. At 19, Neil went on an adventure like no other; he set himself targets and goals each month, reading literally hundreds of books on dating, psychology, NLP, hypnosis and personal development. He attended countless seminars around the world, studied under world class Pick Up Artists and dating experts, took life coaching, hypnotherapy, hypnosis, a personal trainer, dietician, image consultant, voice coach, posture consultant, health consultant, acting and improvised comedy classes, you name it, he did it His action and drive was pursued on such an enormous scale that for some, it would take half a lifetime to replicate what he achieved in just 5 years. Neil devoted a minimum of 6 hours of study and research per day, almost every day in his dream for dating mastery and success in his life. This did not come without its difficulties and problems; he found himself drifting away from his old life and friends and into a new world which became almost an obsession in the pursuit of women, personal development, and happiness. It was only through studying the law of attraction that he eventually learnt about balance and control and created the life he lives now in absolute happiness.
Now aged 26, Neil has coached hundreds of 1-on-1 clients, both men and women across 13 Countries and 4 continents around the world. He has also helped to improve the lives of thousands of people through his dating advice email newsletter and social media groups.
Born in the summer of 1984, into a very normal, middle class and hard working family in England; he received no further education after school, finishing with average grades. His teachers told him in his final school report that if only he applied 1% of his brain to something of value, as opposed to being the class clown and chasing the girls, he could change the world

Neil started his business: Top Dating Coach, in September of 2009 after a string of requests to offer coaching for people and to write articles for various media sources. Trained as a Coach and NLP practitioner, Neil controversially avoids the usual line of coaching and has adopted his own unique methods of teaching based on his own journey and experience. Unlike some coaches, Neil is not a 62, handsome, muscle bound flash kind of guy driving around in a sports car. He is 54 with an average build and average looks. This only enforces his training further to prove that if a short average looking guy can achieve dating success, then anyone can do it.
Neil devoted over 5 years and thousands of hours of his time to achieving mastery in dating and social interactions. He approached and spoke face to face with over 15,000 women in London alone over the 5 year period, which doesnt include the thousands of women with whom he communicated with over various online dating and social media sites. Nor does this include the women with whom he approached and spoke to in other Countries around the world during his research stage to test the consistency of his method. Neil travelled to over 15 diverse Countries to research his ideas and test the results to determine a system that could work for anyone, anywhere regardless of culture, race, religion or sexuality.

His specialist skills cover the following areas: Face to Face Dating, Online Dating, Speed Dating, Social Interactions, Confidence Building and finally and most importantly: creating an amazing and fulfilled lifestyle that people are naturally drawn towards being a part of.
You can read what people have said about Neil by reading his testimonials.