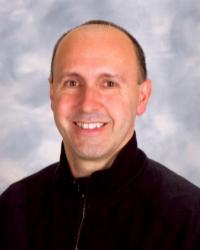 Master Nick Gracenin has a 39 year career as a teacher of Qigong, Tai Chi, Chinese Yoga (Dao Yin) and Chinese Martial Arts. One of the first foreigners to study in the People’s Republic of China in the 1980‘s, Nick has apprenticed to many of the foremost Grandmasters in China and North America. An elite athlete, he won medals for US Teams at 6 World Championships for Chinese Martial Arts. In 2012, he was awarded his 10th degree Black Belt from the International Wushu Research Federation. He is recognized as one of the first non-Asian Masters of his art. Inside Kung Fu named him in 1999 as one of the 100 people who have "made the greatest impact in martial arts in the past 100 years" and 2005 "Man of the Year.” In 2008, he moved to Washington and founded DC Tai Chi, where he continues to study and share the Chinese martial and healing arts.