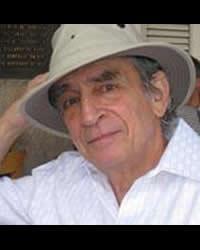 Nickolas Vassili’s professional career spans a period of 48 years, during which time he has conducted more than 15,000 individual and group sessions, trained untold numbers of therapists, and helped create the foundation for many of the group dynamics now used throughout America.

In 1965 he was named Executive Director of Encounter, Inc., in New York City, which was America’s first community-based drug prevention and treatment facility, and regarded more like a main branch of the National Institute of Mental Health (NIMH).

In 1969 NV founded his own therapeutic center in New York called Journey-Alert, Inc., a non-profit educational corporation that treated all manner of human problems, and all forms of addictions. Over the years, he also worked with war veterans, inmates in state prisons, people in mental institutions and institutes for the criminally insane, and a number of schools of higher learning including Hofstra University, where he established a training program for students, faculty, and administrators.

NV has lectured and spoken before hundreds of audiences, made numerous guest appearances on radio and television, been interviewed by many talk-show hosts, participated in seminars, debates, and city, state, and national training programs, and was directly involved in the re-birth of “The Humanist Movement” in America in the 1970s.

In 2007, he wrote his autobiography, So Much Pleasure, So Little Pain, and authored Monument To Failure, a 30 year comprehensive study of the American healthcare system. In 2009, he published Depression – It Doesn’t Exist, a Guide to Understanding, Preventing, and Curing Depression.

Unlike most therapists, doctors, psychologists, and psychiatrists who specialize in only one form of treatment (along with drugs, of course), in his private practice, NV utilizes everything he has learned, and trained others to use, which allows him much greater scope and latitude in dealing with all human problems. 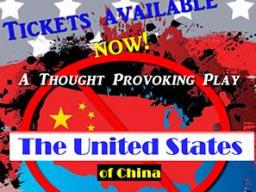 The United States of China

Learn more about this important play and purchase your tickets now! Playing at The Palladium at Hale's Brewery at 4301 Leary Way NW, Seattle, WA. July 8, 9 & 10.

The United States of China