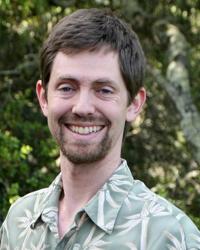 The grandson of Baskin-Robbins founder Irvine Robbins, and the son of bestselling Diet for a New America author and health and sustainability activist John Robbins, Ocean Robbins started making a difference early in life. He organized a peace rally in his elementary school at age 7, and in 1990, at age 16, Ocean was co-founder of YES, www.yesworld.org, which he directed for 20 years. Ocean has spoken in person to more than 200,000 people and facilitated more than 50 week-long gatherings for young leaders from 65 nations. Ocean is author of Choices for Our Future and of The Power of Partnership, and has served as a board member for Friends of the Earth, EarthSave International, and many other organizations. He has served on the steering committee for the Global Philanthropy Forum, as co-chair of the Social Venture Network's "Next Generation" committee, and he is a founding member of The Turning Tide Coalition, co-founder of the Leveraging Privilege for Social Change program,
and founding co-convener of Leverage Alliance.

Ocean's on-going efforts on behalf of a better world have been honored by many organizations, including the Giraffe Project for people who stick their necks out for what they believe, the National Alliance for Animals The Compassionate Youth Award, E Magazine The Kid Heroes Hall of Fame, and EarthSave Volunteer of the Year Award. Utne Reader recognized him as one of 30 "Young Visionaries" under 30, and both both Time and Audubon magazines chose him as being among the heroes of the new millennium. He is a 2008 recipient of the Freedom's Flame Award, and of the national Jefferson Award for Outstanding Public Service by an Individual 35 Years Or Younger. Ocean lives in the mountains of Santa Cruz, California, with his beloved wife Michele, and their special needs identical twin boys, River and Bodhi born in 2001.