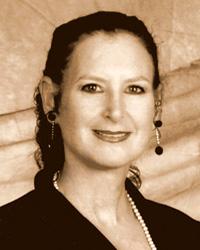 Ora Munteris a Baby Boomer,born in Missouri, the "Show Me" state. She always knew she wanted to be shown something, but didn't know what "it " was.Her family moved to New Jersey and then settled in Chicago. Flights of imagination, books, movies, and music gave her respite from her rigorously religious and restrictive home life. Escaping to college felt liberating, sort of. But thenshe graduated, Act One ended, andshe had to earn a living.


In Act Two,she entered so-called reality and became a copywriter in Chicago. Though it was the late 70's, Mad Men were still alive and raging. Miserable in the muck of mediocrity,she fled to New York to study theater. Immediately impoverished, she was sucked back into advertising. Feeling lost, lonely, and abandoned,she was finally shown whatshe was born to see.


Everything changed from hell into heaven on earth.She began experiencing life with more happiness than she'd ever thought possible. And then, like the answer to a long forgotten question, The Ice Veil Tales came to her.She quit her job, moved to Los Angeles, wrote screenplays, mether husband, married, gave birth, and raiseda son.


Now, in Act Three ofher life, THE ICE VEIL TALES quietly reappeared, remindingher that it's time to deliver. She hopesparents will useTHE ICE VEIL TALES toshowtheir daughters how to love themselves no matter what