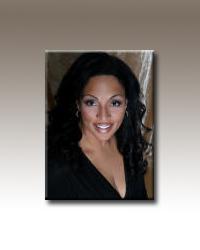 Rearrange schedules, change plans, and run to see this vocally and visually stunning new production featuring a young dramatic soprano Othalie Graham who is destined for international stardom. As Turandot, Othalie Graham electrified the audience with enormous vocal power, tonal depth, and dramatic savvy. So began the review in the Salt Lake Tribune of Othalie Grahams performance in the title role of Turandot with the Utah Festival Opera in 2005. Since her auspicious debut in the role with Opera Delaware in 2004, in which she was hailed for her imperious presence and powerful voice, Ms. Graham has become one of the leading young interpreters of the role, performing it not only with Utah Festival Opera in 2005, but also with Boheme Opera and Sacramento Opera in 2006.

In the 2005-2006 season, Ms. Graham also made her debuts as Aida in Boheme Operas production of Aida and as Tosca in Festival Operas production of Tosca, both of which were critically acclaimed. In Aida, The Times declared that Ms. Graham was a Canadian import with a gorgeous high range and her performance as Tosca inspired the San Francisco Chronicle to praise her for her potent and secure soprano that soared effortlessly through the role. A graduate of the prestigious Academy of Vocal Arts, Ms Graham sang the title role in their production of Elektra and the role of Donna Anna in their production of Don Giovanni.

The 2006-2007 season will see her return to the role of Turandot when she makes her debut with Michigan Opera Theatre in April 2007. In addition, she will debut in the role of Odabella in Attila with Sarasota Opera, the role of Leonora in Il Trovatore with Utah Festival Opera, and as the soprano soloist in Elijah with Bryn Terfel and the Mormon Tabernacle Choir.

Highlights of Ms. Grahams 2008-2009 season begin with her starring as the title role of Aida with El Paso opera a role that has garnered quite a bit of attention for her after a reviewer was astonished at Ms. Grahams use of the infamous Maria Callas E flat in the Triumphal scene. Graham reprises the role for the Aspendos Festival in Turkey during the summer. Her orchestral appearances bring Graham back to her own country for a concert with Pacific Opera Victoria then later in 2009 to a concert version of Puccinis Tosca with Harrisburg Symphony. In the spring of 2008 Graham will perform her signature role Turandot for the Connecticut Grand Opera and in 2009 for Opera Columbus.

Ms Graham has begun her foray into the Wagnerian repertoire and was recently awarded a grant from the New York Wagner Society.

A gifted recitalist, Ms. Graham made her New York City recital debut with the Liederkranz Society, after winning its eminent annual competition in 2003. In 2005, she was named the first place winner of the Sullivan Foundation Grant and the Joyce Dutka Competition. She was also the New Jersey district winner of the Metropolitan Operas National Council auditions in 2003 and a finalist in Palm Beach Operas competition in the same year. Awards and honors in her native Canada have included grants from the Canada Council for the Arts and the coveted Jean Chalmers prize in the Canadian Music Competition. Ms. Graham began her studies with Canadian Soprano Lois McDonall and is currently a student of Bill Schuman.