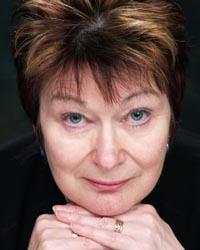 Patricia Iris Kerins has been working in the Mind, Body and Spiritual sector of life for over 30 years. During this time she has been honored and privileged to serve Spirit in a number of ways. At first she studied and qualified in all of Louise L Hay's programs and then followed this by becoming a Reiki Master Teacher, she taught hundreds Reiki in the Highlands of Scotland. She opened the first MBS shop in Inverness in the 1990s and this was a vortex of Light for the many needing guidance at that time. She then became fully qualified as a Hypnotherapist, Psychotherapist, EFT Master Practitioner.


Patricia's life changed in 2000 when the Archangel Michael connected with her, assisted at all her workshops and asked her to write the book VIVA VOCE which is all about vibration and energy and using the voice to heal. From then on her psychic channels began to open more and more until in 2009 Mary Magdalene made it very clear that she wanted to use Patricia as the Channel through which to express her message at this time. The message being the Resurrection of the Divine Feminine to Equality and Balance with the Divine Masculine . Patricia had been fascinated always by Jesus and Mary Magdalene however Yeshua had always been the more dominant force in her life. She was not religious at all however extremely spiritual because of her psychic connections to the Illumined Beings of Light. It took some time to integrate Mary into her being, this caused physical challenges and can still do so at times.


Her second book LOVE brings forward many aspects of what Mary wanted to say about LOVE and this is the way forward for all. Patricia has over the years appeared on Scottish Television shows demonstrating healing, she has had her own 'Spiritual Matters' radio show and she continues to serve many individuals around the globe with her one to one spiritual coaching sessions. She is in her 60's and brings all the ancient wisdom that she has channeled and remembered forward to assist humanity to ascend to the 5th dimension at this time. Patricia knows that this ancient inner wisdom is at the seat of each individual and it simply must be heard at this time her job is to help people stand in their power and bring their message forward with confidence and clarity. She believes that each individual has an aspect of the Divine message to bring through.


She has recorded many CD's taking people on powerful hypno-visual journeys that make permanent and lasting changes to their energy filed. She received much acclaim from the UK magazine Spirit & Destiny for 'Healing the Wounds Within' which the Editor recommended to readers. Her current tele seminar series is powering up many participants weekly, feedback of "I will never be the same again" and such life changing statements and recommendations are all available to view on her website. This available now as MP3's to download or CD's.


She has a beautiful, mellifluous voice which she used well when younger as a professional singer in opera and drama. The remit for her voice has now changed as she works and devotes herself to Spirit. She is recognized in Scotland and the UK as one of the leaders of the Divine Feminine Restoration and looks forward every week on her radio show, The Divine Divas Radio, to working with the listeners of the Transformation Talk Radio Network.