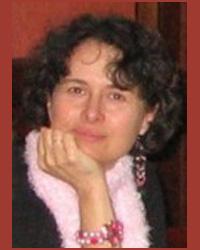 In 1995 the "Imagine a Woman" poem was first published in Patricia Lynn Reillys bookA God Who Looks Like Me. Wanting to make the empowering message more accessible to all women, Patricia extracted 8 stanzas that expressed, simply and clearly, the fundamental Imagine a Woman perspective. Therapists and coaches bought packets of the postcards to give to their clients. Facilitators bought them to give out at their retreats and events. Individual women gave them away at their salons and fitness clubs, to their daughters and mothers. Over 750,000 Imagine a Woman resources have circled the globe In 1999 Conari Press recognized the popularity and power of the Imagine a Woman poem and published Patricias third book, Imagine a Woman in Love with Herself, which is organized around 20 stanzas of the poem.
On International Women's Day, 2006, House Whip, Sandy Kalyan, read four stanzas of the "Imagine a Woman" poem in the South African Chamber of the National Assembly.She reminded those present that during the opening of South Africas first democratic Parliament in 1994, President Mandela committed Parliament to gender equality and the emancipation of women. He said, "Freedom can't be achieved unless women are emancipated from all forms of oppression."

In June 2010, the "Imagine a Woman" poem traveled to Rwanda 100 genocide survivors received t-shirts with the poem in English on front, and in Rwandan on back. In partnership with Global Grassroots and Kula for Karma, the poem was the centerpiece of an empowerment process to inspire the women to create stanzas based on their lives and situations.

Throughout 2010, Patricia and her Team are celebrating the 15th anniversary of the poem with the launch of the new website and the expansion of its global platform. Patricia has welcomed international Coach Trainees onto the IAW Global team, reaching from South Africa to Hawaii, Bermuda to South America. Since 1995, the copyrighted poem has circled the globe,inspiring books, screenplays, videos, life transitions, professional portfolios, ministries, coaching practices, relationships, virtual communities, social networks, businesses, and organizational missions.