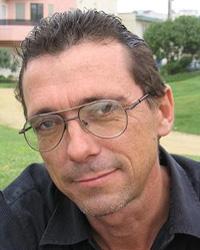 Patrick McCormick began his channeling work after going through a fundamental quantum transformation both spiritually and physically on Bell Rock vortex in Sedona, Arizona during the Harmonic Convergence of August 1987.


Meeting his mentor and long-term friend that October, they embarked on a 25-year sojourn to re-establish the Divine Plan in Western America. Their Journey of Awakening the Original Divine Plan in fulfillment of ancient Prophecy began in 1989 in the Lemurian Mountain range known as the Hawaiian Islands. They have continually sought to improve the lives of those Beings of Light assembled in Hawaii to help bring Heaven to Earth ever since.


Experimenting with various forms of connecting/channelling various divine entities,
essences and beings, Archaengels, Ascended Masters, Engineers from Motherships, Divine
Councils and Heavenly Hosts, the Greater Work involved spiritual and physical transformation for the many people they came across.


In 1994 Kartron entered their lives, and thus began yet another chapter of working with
the Heavenly Hosts to restore the Divine Plan for the Earth and Mankind, by correcting time itself.


In 2008 they entered into the unique virtual world of Second Life, and soon some of its
residents began attending the Second Life/Real Life Kartron energy sessions, and that virtual fringe world became a vehicle of energy work for transforming their real lives wherever they resided in the physical world. Kartron does not just give information from the "other side," he conducts transformational energy work for spiritual improvements in people's lives.


Patrick remains available for private and public engagements, in continuance of the
Greater Work. The current project involves activating the Ascension Series, designed to give God-Steward Training to those now awakening into their True Purpose aligned with Heaven on Earth again. He can be reached by contacting the party who gave you this information or at kartron999gmail.com.