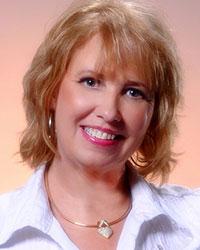 Patti Conklin is described as one of the greatest Medical Intuitives of the 21st century. Patti was born with a rare vision and vibrational capabilities. She received her first visitation from God at the age of seven, and after high school, she began International non-profit work, utilizing and expanding her gift until she received another visitation at the age of thirty eight and was instructed by God to fully begin walking that path. She resigned from her Non-Profit Director position, and a month later, moved to Georgia began her work. Patti has been assisting and teaching people since that day.

Patti has received numerous awards and acknowledgements through the years by many institutions, including her honorary Ph.D's in Divinity and Humanities for her life's work.

Patti teaches and lectures on her belief that with our existence, spirituality and science are a compliment to each other, not polar opposites. Ms. Conklin believes that it's time to stop the separation of these two ideologies.