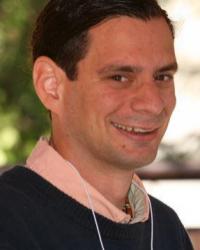 Paul Armentano is the Deputy Director of NORML, the National Organization for the

Reform of Marijuana Laws, and a Senior Policy Advisor at Freedom Leaf, Inc: The

Marijuana legalization Company. His writing and research on marijuana policy have

appeared in over 750 publications, scholarly and/or peer-reviewed journals, as well as in

more than a dozen textbooks and anthologies. He is the co-author of the book

Marijuana is Safer: So Why Are We Driving People to Drink? (2009, Chelsea Green),

which has been licensed and translated internationally. Mr. Armentano is the 2013

Freedom Law School Health Freedom Champion of the Year and the 2013 Alfred R.

Lindesmith award recipient in the achievement in the field of scholarship.

Mr. Armentano was the principle investigator for defense counsel in US v Schweder, the

as a schedule I controlled substance. He was also an expert in a successful Canadian

cannabis at home. He serves on the faculty of Oaksterdam University, where he lectures

on the science in regard the relative safety and therapeutic efficacy of cannabis. Mr.

educational resource that provides daily education to healthcare professionals in 120

countries, as well as Continuing Medical Education credit. A version of this curriculum is

His latest book, The Citizens’ Guide to State-by-State Marijuana Laws, was published in