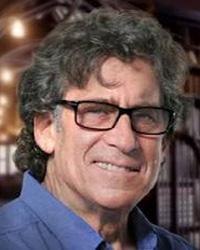 Paul Michael Glaser was born in Cambridge MA, on March 23, 1943, and lived his childhood in Brookline and Newton MA. He graduated from Tulane University with a Bachelor of Liberal Arts degree in English Literature and Theatre, and Boston University with a Master's Degree in Theatre.


Paul has been blessed with the opportunity to tell stories as an actor, a director, and now a writer just as we are blessed to receive his gifts. His life has had, and continues to have so much in it that the best way for Paul to share what he has learned from his experiences is to tell a storystories full of 'light, love, courage in the face of helplessness, forgiveness, discovering the truth of yourself and finding your way home.' "Chrystallia and the Source of Light" IS that story and his only hope is that you and yours enjoy discovering and rediscovering it as much as he has telling it. I know that those of you that are waiting to read "Chrystallia" will be pleased. It's one of those great novels in which you discover new things every time you read it.


Paul currently serves as Honorary Chairman of the Board of the Elizabeth Glaser Pediatric AIDS Foundation, the leading non-profit organization committed to ensuring better overall medical treatments for children, preventing mother-to-child transmission of HIV, and creating a healthier future for children worldwide. He was chair of the Board of Directors from 1996 to 2002.


As an actor, Paul appeared in over 50 roles in regional, repertory, off-Broadway and Broadway theatre. He has appeared in the television soap operas 'Love is a Many Splendored Thing,' and 'Love of Life.' He is well known for his role as Starsky in the television series, "Starsky and Hutch." He has many guest starring roles in a number of T.V. series and television movies in the past. He has appeared in the movies, "Fiddler on the Roof," "Butterflies Are Free," "Phobia," and "Something's Gotta Give" with Diane Keaton, and "Starsky and Hutch" the 2004 movie. Paul also writes, directs and produces motion pictures and television shows. He has directed and/or produced "Band of the Hand," his first film, "The Running Man," "The Cutting Edge," "The Air Up There," and "Kazaam" and television shows including, Judging Amy, The Agency, Robbery Homicide Division, and Mr. Sterling, Lyon's Den, Las Vegas, and The E Ring. He has done a lot


At present, Paul is self-publishing his first novel, "Chrystallia and the Source of Light" which is currently on sale He has also completed a second novel, "Hookfoot and Peg" which will follow "Chrystallia." Two other novels and a screenplay are also in the works.


He resides in Southern CA. He has a son, Jake, from his marriage to Elizabeth Glaser, who died in 1994 from complications of AIDS, and a daughter, Zoe, from his second marriage.


"I have always loved story telling. To me, it is our most sacred way of passing the experience of our human lives to all those that will follow. It is our way of celebrating our indomitable spirit, our quest for knowledge and our pursuit of love. It ties us together."