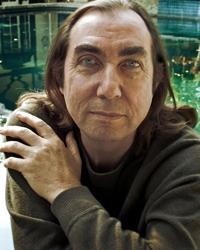 Pen Densham is a successful award-winning screenwriter, producer, and director, with an extensive track record in film and television. Pen is responsible for writing and producing some of Hollywood's biggest blockbusters, such as Robin Hood: Prince of Thieves, along with his more personal take on Moll Flanders starring Robin Wright and Morgan Freeman plus some of its longest-running television series including The Outer Limits.

Pen is also an adjunct professor at the University of Southern California's prestigious School of Cinematic Arts.