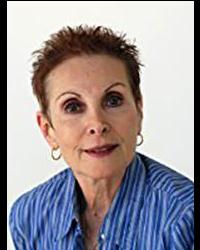 Perle Besserman published her first story when she was nine years old and hasn't stopped writing since. Originally trained as an actor, singer, and dancer, she brings her performance skills and lifelong love of the theater to her numerous award-winning fiction and creative nonfiction publications.

Recipient of the Theodore Hoepfner Fiction Award and past writer-in-residence at the Mishkenot Sha’ananim Artists’ Colony in Jerusalem, Pushcart Prize-nominee Perle Besserman was praised by Isaac Bashevis Singer for the “clarity and feeling for mystic lore” of her writing and by Publisher’s Weekly for its “wisdom [that] points to a universal practice of the heart.” Houghton Mifflin published her autobiographical novel Pilgrimage, and her short fiction has appeared in The Southern Humanities Review, AGNI, Transatlantic Review, Nebraska Review, Southerly, North American Review, and Bamboo Ridge, among others. Her books have been recorded and released in both audio and e-book versions and translated into over ten languages. Her most recent books of creative non-fiction are A New Zen for Women (Palgrave Macmillan) and Zen Radicals, Rebels, and Reformers, coauthored with Manfred Steger (Wisdom Books). Two novels, Kabuki Boy, and Widow Zion, and Yeshiva Girl, a story collection, are available from Aqueous Books, Pinyon Publishing, and Homebound Publishing, respectively.

She holds a doctorate in Comparative Literature from Columbia University and, together with her husband Manfred Steger, is founding co-teacher of the Princeton Area Zen Group in Princeton, New Jersey.