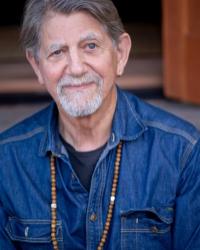 Peter Coyote is an award-winning actor, author, director, screenwriter, and narrator who has worked with some of the world’s most distinguished filmmakers. Recognized for his narration work, he narrated the PBS series The Pacific Century, for which he won an Emmy award. He also narrated eleven Ken Burns documentaries, including The Roosevelts, for which he won a second Emmy. In 2011, he was ordained as a Zen Buddhist priest and in 2015 received “transmission” from his teacher, making him an independent Zen teacher. The author of several books, he lives in northern California. http://www.petercoyote.com/