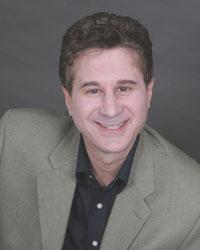 Peter J. Fogel is one of Americas funniest comedians that youve never heard of but have seen countless times on television. From comedy clubs, to cruise ships and Las Vegas theaters, hes opened for such stars as Rita Rudner, Jimmy J.J Walker and Robert Wuhl HBOs Arliss.

As a studio audience warm-up, hes worked on many programs including Whoopi, Hope and Faith, Married With Children, Men Behaving Badly with Rob Schneider, Unhappily Ever After and The Howie Mandel Show. Hes also hawked products on TV and radio for such sponsors as Mazda, American Express, and Wisk Detergent. Peter was the Ring Around the Collar Man.

About 10 years ago Peter got fed up with the lifestyle of being a comedian and reinvented himself into a demand copywriter/consultant/speaker.

Presently, he is the author of the amazon.com best selling book: "If Not Now? Then When Stories and Strategies of People Over 40 Who Have Successfully Reinvented Themselves and the soon to be released book, Reboot Your Career: 27 Ways To Reinvent Yourself In The Workplace