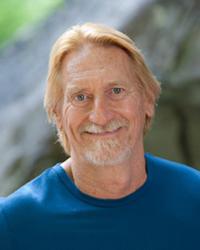 Pre-baby boomer Peter Ragnar is a best-selling author attracting an international audience. He's written over twenty-five books and published courses on every aspect of personal development. He feeds the thirst for those special individuals who are on the quest for human excellence.


His seminar presentations have drawn and captivated people from around the world, including college professors, university presidents, medical doctors, corporate executives, and other professionals, not to mention top fashion models, Olympic and world champion athletes, martial artists, and bodybuilders. His audiences always have their share of multimillionaires who have sought out Peter's friendship. Peter's magical presentations and memory feats such as memorizing a deck of random playing cards in perfect order engage and enthrall his audiences.


Having read more than 10,000 books on every conceivable subject has made him an engaging and entertaining guest on the national media and with audiences everywhere. Additionally, his keen insights and ability to understand people led to his recruitment by law enforcement agencies as a criminal profiler. His astounding success in the field has baffled courts and forensic experts. This has led to a program he's been working on to help professionals in many fields: Advanced Cognitive Training, or ACT, which will allow anyone to read others with pinpoint accuracy.


Peter presents unsurpassed physical skills and amazing feats of strength. His latest course, Serious Strength: For Seniors and Kids Under 65 demonstrates that fitness, strength, and youthfulness can be achieved and maintained at any age. He continues to shatter his own lifetime records.


Additionally, he has trained in martial arts for over 50 years. He's a 6th degree blackbelt in Shingitai Jujitsu, a Lifetime Member of the United States Judo Association, an acknowledged Master and Life Associate of Isshinryu Karate Association, and a former Light Heavyweight Highlands Wrestling Champion and longtime boxer. Additionally, Peter was training partner and corner-man for the former World Heavyweight PKF Kickboxing Champion, Gary DePrisco. He has been a presiding judge at the PKF World Championships and various other martial arts events. His students include many highly-ranked competitors in mixed martial arts and kickboxing.


Peter's business accomplishments are just as impressive, inspiring the already wealthy to seek his friendship. When asked about what appears to be a veritable Who's Who column of important guests who come to visit him, he quietly replies, "I understand the law of attraction. It's as simple as that."

Peter's CEO status includes the following companies:
Roaring Lion Publishing - A multi-million dollar international online publishing company established in 2000, Roaring Lion continues to be an oasis for millions of people a year, helping them to become more aware of their own potential.


Golden Lion Mint - Established in 2007, Golden Lion grossed over a million dollars its first week in business. It continues to provide savvy investors from around the globe a private and safe way to acquire the purest gold and silver bullion available on the market today.