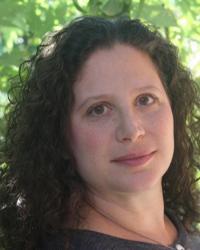 Petrina Fava became a pediatric nurse at the age of 21, working with critically ill children and their families at Toronto’s SickKids hospital 18 years ago. She quickly began to notice that kids have an astonishing capacity to move past drama, and embrace laughter and joy no matter what was happening with their bodies. For years she has observed kids during painful procedures and sees how easily they proceed to laugh, smile and play the second it’s over as if nothing happened. No judgment, no significance; just the next choice. It’s magical and inspiring. She was invited to try the tools of Access Consciousness in 2009. Her brother taught her very first BARS class and she’s been playing with the tools of Access and creating her life in all kinds of unexpected ways since then. The Access tools have empowered Petrina to increase her awareness, acknowledge her capacities, drop the self-judgement and step into her potency to create greater. She uses the tools daily to create greater ease in parenting her three children . Petrina began to explore other ways to work with children and in 2008; she learned to teach Infant Massage and started her own business, Gentle Connections. She expanded her classes to include Kids Yoga and GROOVE Dance. Most recently, she began teaching Nursing at George Brown College in Toronto and enjoys showing students how to be in the question rather than use judgments and conclusions when caring for others. She is excited to share the tools of Access Consciousness with kids of all ages all over the world and empower them to create their own lives.

Petrina is an Access Bars & Body Process Facilitator as well as a Right Body for You Intro Facilitator. She is the host of her own radio show called Messy Adventures in Living on a2zen.fm, and is a best-selling author in the collaboration Creations: Conscious Conception and Fertility, Pregnancy and Birth.