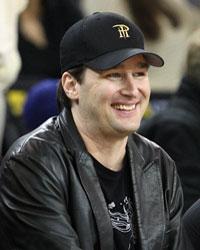 Born in Madison, Wisconsin in 1965, Phil Hellmuth Jr. is one of five children of Lynn and Phil Hellmuth. He attended local schools, graduated from high school and attended the University of Wisconsin, Madison.

In 1989, the 24-year-old Phil Hellmuth made history by becoming the youngest person ever to win the World Series of Poker WSOP Main Event by defeating two-time defending champion Johnny Chan a record as the youngest champ that would stand for 19 years. In 1993, Hellmuth set another record by winning three WSOP champion bracelets in a single year plus a 2nd-place WSOP finish.

Hellmuth is widely recognized as the greatest poker player to ever play the game. His 2007 World Series of Poker win marked his 11th career WSOP title the most for any professional player. In addition to amassing an unsurpassed record 11 WSOP championships, Hellmuth set astonishing records for both the most World Series cash prizes 68 and the most appearances at final tables 41.

In addition to his poker successes, Hellmuth has created a successful second career as author of poker how-to books including the bestseller, Play Like the Pros. In addition, Phil created video and interactive games including Phil Hellmuth Jr.s Texas Hold em cell phone game on Oasys Mobile plus introduced the Poker Brat clothing line. In 2007, he established Phils House Publishing Company, based in Las Vegas.

As his net worth has increased, so has Hellmuths participation in charity poker tournaments and contributions to Habitat for Humanity, Doctors Without Borders, the TASER Foundation & Heifer International. He has given away all of his WSOP bracelets to family and friends with the exception of his first which he keeps for luck.

Phil lives in the San Francisco Bay Area with his wife and their two boys.