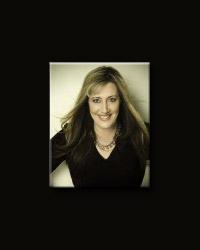 Australian mother of two, Phoebe Hutchison, saved her marriage with her own 'self made strategy', and then wrote a book, to help others. Her book, Honeymooners Forever, Twelve Step Marriage Survival Guide, provides simple strategies on: improving communication, increasing passion, changing the way couples treat each other, avoiding or surviving an affair, increasing quality time and arguing effectively.

Phoebe spoke with many women about their relationships during the three years of writing her book. The research also included candid interviews with a: sex worker, 'player' man who cannot remain faithful, victim of domestic violence and mistress, among others.
Phoebe first created the steps a decade ago, to save her own failing
marriage, and found the positive changes astounding. She maintains that these simple steps take the complication out of the marriage. And while countless struggling relationships throughout Australia have been transformed by these steps, many happily married readers have said that these fun and simple steps are keeping their marriage on track.

Phoebe is a regular on Australian Television morning shows, and is often asked to comment on relationship issues in general, or relating to celebrities, whether for newspaper, radio or Television.