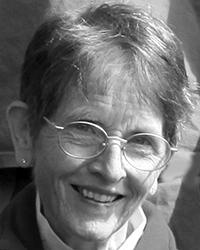 Phyllis Mervine was infected with Lyme disease in California in 1977, but she was not diagnosed until 1987 when she met the great Dr. Paul Lavoie, who saved her life. Dr Lavoie did a community survey of her neighborhood. This brought researchers up to my area and began a long association with them, and a lot of interesting information from their studies.

She got a job coordinating local Lyme clinic, and started The Lyme Times. When the job ended, she wanted to continue so she asked the Santa Rosa Support Group for help forming a nonprofit, and several people volunteered. They kept up The Lyme Times and organized medical conferences and public forums for many years.

2001 was an important milestone for LymeDisease.org. Herb Dorken became their lobbyist - the first and only Lyme lobbyist in the country. He was able to pass several pieces of legislation to help people stricken with Lyme disease.

A game-changer for the organization came when Lorraine Johnson, JD MBA, joined in 2003. Just 3 years later, the CT AG launched his civil investigation of the IDSA. This was Lorraine's project. She has now published over 40 papers on Lyme disease, including the recent largest ever survey of people with chronic LD, and holds important positions on national healthcare policy groups.

In 2012 Phyllis was given a Jefferson Award for public service.

The Lyme Times is celebrating its 25th anniversary this year.