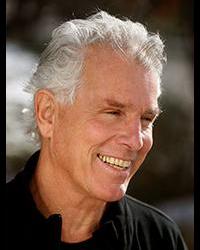 Elias Amidon is the spiritual director (Pir) of the Sufi Way International and has been an initiate of the Sufi Way for the past forty-seven years. Pir Elias has also studied with Qadiri Sufis in Morocco, Theravaden Buddhist teachers in Thailand, Native American teachers of the Assemblies of the Morning Star, Christian monks in Syria, Zen teachers of the White Plum Sangha, and contemporary teachers in the Dzogchen tradition.

From child to elder, Pir Elias has lived a multifaceted, engaged life. The son of an artist and a social activist, he has worked as a schoolteacher, carpenter, architect, professor, writer, anthologist, environmental educator, peace activist, wilderness quest guide, and spiritual teacher. He helped develop several schools, including the Boulder Institute for Nature and the Human Spirit, the graduate program in Environmental Leadership at Naropa University, and the Open Path. He has a Bachelors degree in literature from Antioch College and has written seven books.

Pir Elias has been leading programs in Sufism for over three decades, and Open Path programs for the past six years. He resides in Boulder, Colorado but continues to travel widely, both teaching Open Path programs and engaging in citizen diplomacy. His website is www.open-path.org.