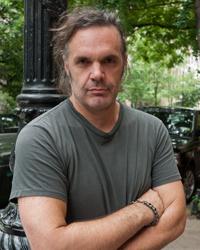 From 1999 until 2007, Ptolemy Tompkins was an in-house editor at both Guideposts and Angels on Earth magazines, and he continues to write for both publications as a contributing editor. He has written frequently for BeliefNet.com and is the author of four books, including Paradise Fever Avon, 1997; The Beaten Path Morrow, 2001; This Tree Grows Out of Hell revised edition: Sterling, 2006; and The Divine Life of Animals Crown, June 2010.