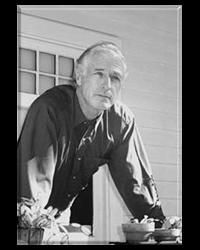 Aviation archaeologist Ralph Wetterhahn has become a real life "Indiana Jones," traveling the world from Cambodia to the Russian Far East, to Guadalcanal, to the Philippines in search of aircraft wrecks, our nation's missing-in-action, and the amazing stories these discoveries reveal.

Ralph's documentary efforts have appeared on NOVA, Discovery, and National Geographic Channels, including The Last Flight of Bomber-31, Missing in Mig Alley, and as lead detective in Dogfight Over Guadalcanal. He appears in the Military Channel series, Air Aces, featured in the segment on triple ace General Robin Olds.

Ralph is widely read in Air & Space/Smithsonian, MOAA's Military Officer Magazine, Popular Science, Leatherneck, and VFW Magazine among others. He is also the author of three books:

The Last Flight of Bomber-31


A graduate of the USAF Academy 1963, Wetterhahn served three tours during the Vietnam War flying fighters in both the United States Air Force and Navy. He is credited with downing a MiG-21 during the now famous "Bolo Mission." He flew 180 combat missions in the F-4 Phantom and A-7 Corsair, made 144 carrier landings, and later logged 1,000 hours in the F-15 Eagle.