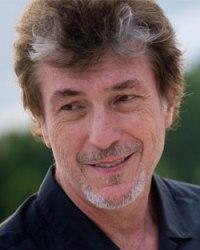 Randall Sullivan is an author who has written three books nominated for the Pulitzer Prize, a former newspaper columnist and magazine journalist who has won a number of national awards including the Robert F. Kennedy Journalism Award and the William Randolph Hearst Feature Writing Award, and a screenwriter who has been a member of the Writer's Guild of America for nearly two decades, working primarily as a "script doctor." He co-produced and narrated the theatrically released documentary "Reckless Indifference" with Academy Award-nominated director William Gazecki and has been interviewed about his book The Miracle Detective on ABC's World News with Charles Gibson, NBC's Dateline CNN's 360 With Anderson Cooper, Fox News Geraldo at Large as well as several National Public Radio programs. He currently has film and television projects in development at Sony Pictures, CBS and Contra Films.

Mr. Sullivan graduated Phi Beta Kappa from the University of Oregon and earned his master's degree from Columbia University in New York, where he was hired by the New York Daily News out of a class at Columbia's famous School of Journalism. His work has been published in, among many other places, Esquire, Outside, Men's Journal, The Washington Post and London's Guardian. He is a contributing editor at Rolling Stone who in recent years has been a regular contributor to Wired.

Entertainment Weekly has described Sullivan as "an esteemed author," while columnist Liz Smith wrote that he was "one of the most respected journalists in the country." According to Rolling Stone, Sullivan's work "combines extraordinary reporting with an enthralling narrative voice." Booklist states that "the breadth and depth of Sullivan's work is astonishing."