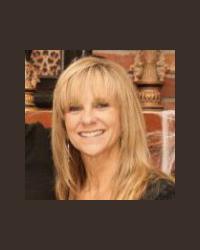 On May 11th, 2002, a drunk driver killed Renee's daughter, Meagan, and Meagan's friend, Lisa. The driver, Eric Smallridge, was sentenced to 22 years in prison. In the midst of grieving the loss of her daughter, Renee came to forgive Eric, and in turn Eric decided to make something positive out of his tragic mistake. Less than two years after Meagan's death, Renee began her journey giving DUI Presentations to a multitude of audiences, including high schools, colleges, the military, churches, and DUI offenders.


Since 2004, over 100,000 people have heard Renee's presentation during which she tells the story of Eric's decision to drink and drive and the healing power of forgivness. In April 2010, Eric was granted permission to join Renee in her speaking campaign. While still an inmate and bound by shackles, Eric captures the audience by boldly recounting the crash and his life in prison. Renee and Eric conclude the presentation with a compelling embrace. Renee is an award winning speaker and is very passionate about her mission to stop DUI.


Renee Napier is the President and Founder of The Meagan Napier Foundation, Incorporated, a 501c3 non-profit organization