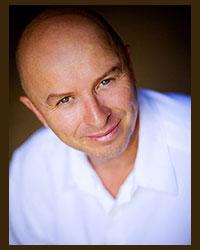 Reverend Kedar St John D.D., Co-Founder of the Popular Assembly of Temple of Peace, in Haiku, Maui, Hawaii, stepped in to his mission 37 years ago. Born and raised in New Zealand, he began his journey in the 70's as an ordained Hindu monk doing missionary work with the large Hindu population of South Africa. He helped establish two very beautiful temples, one a farm community and the other, the largest most modern Hindu Temple in all of Africa. He became one of the founders of the "Food for Life" program that brought food relief to thousand of Hindu and Zulu families. He continued his service into the 80's where he met is wife Shelley while working with the Nepalese villagers in Pokhara, Nepal. He was ordained as a Christian Minister by His Eminence Reverend Dr. Peter Keagan, Presiding Bishop of the Church of Divine Love Theological Seminary and honored with a Doctor of Divinity for his service and charity work around the world.


After moving to Hawaii in the 90's he began working extensively with the native Hawaiian community and became one of the founding members of the Nation of Hawaii. As minister, he re-dedicated his non-profit organization Eco Art to champion the cause of Hawaiian self determination: the Political, Economic, Social, Cultural and just treatment of Native Hawaiian's. He worked tirelessly to help establish "Puuhonua O Waimanalo," the first modern Hawaiian Village in Hawaii on the north shore of Oahu. It was there where the organization relocated "houseless Hawaiian's" living on the beach in tents to 60 acres of pristine land nestled into the beautiful Koolau Mountain range, providing the essentials and housing in a thriving community that today is fast becoming the blueprint for an island wide example of sustainable living.


In 2000 he was honored to become the Kahu Priest Guardian of the "Millennium Peace Flame" and established with his wife, Reverend Shelley St. John, the "Temple of Peace Healing Church," a part of the Old Culdee Church, an ancient religious order congregational and not Heirarchical founded in Glastonbury, England circa 63 A.D. by St. Joseph of Arimathea, the Uncle of Lord Jesus, The Christ. Temple of Peace Healing Sanctuary provides state-of-the-art holistic healing practices and modalities to a local and global client base and was recently chosen to become the first "Holistic Clinic" of a Pacific Rim wide initiative that provides health care and innovation through tele-medicine to native communities around the Pacific. He is Husband, Father, Priest, Presiding Bishop, Knight, Educator, Philosopher, Artist, Musician, Philanthropist and a Humanitarian who has dedicated his life to serving and inspiring people in striving towards a world of peace, healing and prosperity that works for everyone.