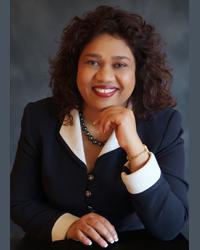 Monita Dukhia is an accomplished scientist with degrees in Chemistry and Genetic Engineering and has worked in the global pharmaceutical and bio-pharmaceutical sector for almost two decades. She hosts the radio show called "Living in the Endtimes" on Voice of America, 7th Wave Network, Tuesday mornings at 9:00am PST. Dukhia is a Theologian and Ordained Minister. She is also a Columnist and a sought after global conference speaker who is the author of two books: The Return of the King at www.returnoftheking.net and Out of the Miry Clay at www.outofthemiryclay.net.


As a result of her unique background of being an accomplished scientist, radio host, scholar, theologian, ordained minister, columnist, global speaker and author, Dukhia brings a wealth of experience to her audiences. Having worked on every continent in the scientific and ministerial capacities for decades equips Dukhia with an inimitable global perspective to discuss the economic, theological, political and moral issues gripping the globe in these endtimes.


Monita delivers conferences on the endtimes and the fulfilment of biblical prophecies across the globe to help people understand and prepare for the events occurring around them. Her book The Return of the King, is a biblical roadmap to the perilous endtimes in which we live. Dukhia operates the global ministry called The Lion of Judah MinistriesLOJM which reaches out to hurting people. For more information, go to www.thelionofjudahministries.com