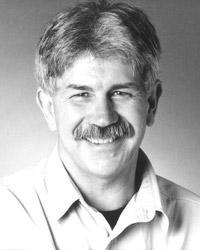 Rex Weyler is a journalist, writer, and ecologist. His latest book is The Jesus Sayings: The Quest for His Authentic Message. Previous books include the self-help classic Chop Wood, Carry Water: A Guide to Finding Spiritual Fulfillment in Everyday Life, Blood of the Land nominated for a Pulitzer Prize, and Greenpeace: The Inside Story.

He has served as a director of Greenpeace and was a co-founder of Greenpeace International. His photography and essays have appeared in the New York Times, Smithsonian, Rolling Stone, New Age Journal, National Geographic, and other publications. Rex also appears regularly on Canadian television as a religion commentator and writes for magazines on religious issues. Rex Weyler lives in Vancouver.