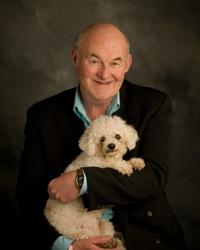 Richard LeMieux suffered from a deep depression when he lost everything and everyone he owned. He hit rock bottom when he filed for bankruptcy and began living on the streets. His only comfort was in the unconditional love of his dog, but it seemed there was no way out of his situation. Then, with the help of the Salvation Army combined with the peace of mind found in the Christian faith, Richard was able to get back on his feet. He believed his life could become better and today it is. He is thankful to be surrounded by so many people who care about his well-being. Find out how Richard managed to courageously overcome all odds.